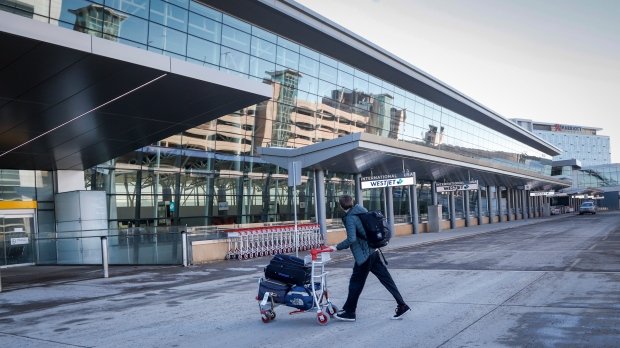 OTTAWA —
It could still be a while before Canadians can access a singular proof-of-vaccination system for international travel, according to Intergovernmental Affairs Minister Dominic LeBlanc.

In an interview on CTV’s Question Period airing Sunday, LeBlanc said that while Ottawa is still aiming for a “fall” timeline to implement the framework, he expects it to go live “in the next couple of months.”

In August the government announced that it was collaborating with the provinces and territories to develop a “pan-Canadian approach” that would facilitate cross-border travel.

“Using a proof of vaccination will provide foreign border officials with the vaccination history needed to assess whether a traveller meets their public health requirements and provide a trusted and verifiable credential for when they return home,” the Aug. 11 statement read.

At the time, they said they were focusing on making the certification digital but that documentation would be accessible in all forms.

LeBlanc said a vaccine passport of sorts remains top of mind among his colleagues, especially after outlining the details of a new policy that requires all employees and passengers in the federally-regulated air, rail and marine transportation sectors to be fully vaccinated as of Oct. 30.

“The Minister of Immigration, Refugees and Citizenship Marco Mendicino has been working across the government of Canada but obviously, with the Public Health Agency [of Canada] and provincial partners, because they are the holders of the data in terms of who’s been immunized in their provinces,” he said.

He said that a host of provinces have developed their own provincial passports, Quebec being the first.

The federal equivalent will be a “confirmation of the provincial data,” he said.

Following the government’s announcement about its mandatory vaccination policy, the National Airlines Council of Canada said it’s in support of the move, but a standardized proof-of-vaccination system needs to be developed quickly.

“Because consultations could not be held during the election campaign concerning mandatory vaccination requirements for air travellers, further to today’s announcement we are urgently looking forward to immediate engagement with officials on the implementation details and proposed regulations, including the responsibilities of government agencies,” a statement reads.

“Timelines are very tight to implement the travel rules. While we are committed to effective implementation it is imperative that the federal government quickly develop a standardized and digital proof of vaccination for air travel.”

Beth Potter, president and CEO of the Tourism Industry Association of Canada, echoed a similar sentiment, noting that her organization has long been calling for a centralized system that can be used for domestic and international travel.

“We have been talking to the provinces and really are encouraged that the provinces are willing to come together to work with the federal government. The election kind of got in our way a little bit, so I’m hoping that it’s full steam ahead from here on out,” she said on CTV News Channel Monday.

The European Union’s Digital COVID Certificate, valid across the continent, has been in place since July.

In a statement to CTVNews.ca, Isabelle Dubois, a spokesperson for Immigration, Refugees and Citizenship Canada said Canadians can expect a “factual document that shows a traveller has been vaccinated against COVID-19.”

“It is expected to have a common look and include the holder’s COVID-19 vaccination history, such as the number of doses, vaccine type(s), and date and place where doses were administered.”

Dubois said safeguards are being built into the technical systems to protect the privacy of users, and that the federal government won’t have access to the vaccination registries.